Oops it's been a while

It has been a while since I updated the blog. No longer having a laptop has made my internet usage poor.

New brownies have joined us. It's been great fun and we recently went on an outdoors night where we made kites. Now the wind was really strong, but the minute we went out to fly them, the wind disappeared. Then we learned about ballista. We had to to build it up which took team work before getting to test with the balls. Finally we made outdoor snacks in the form of pitta pizza, apples or bananas and toasted bread with condensed milk and coconut. The girls were having such a great time that they were disappointed to actually have to leave.

Our final night will be a visit to Krispy Kreme where we will try out Edinburgh's trams, then see how donuts are made and make our own.

Then it will be time to sit down and plan for after the summer.
Posted by Louise at 12:35 No comments:

A Visit to Dower House

We went on a visit to Dower House.  It's very close to where we meet and we had a great night out doing a walking tour of Corstorphine and then looking at the archives.

If you are local or come on a visit nearby I'd definitely recommend a visit here on a Wednesday morning or Saturday Morning.

This week we made bird food for the birds, Except this time we forgot the saucepan, so we had to just soften the lard and mix in the bird seed.  The girls did not like the smell of the lard.

Tawny Owl planted bulbs with the girls.  There seemed to be a lot of soil on the floor after that activity.  They liked decorating the plant pots.

Then they cut out handprints and had to make promises to go on our Brownie Notice Board.  They took a while over this.

We then did campfire songs which they seemed to enjoy as we've not had time recently to fit some in.

We have a local trip out next week.
Posted by Louise at 05:58 No comments:

It's A New Term

Our numbers have dropped with a few moving house.  We've been back a few weeks now.  We've concentrated on the cooks badges this short while and will be doing the seasons badges too.

We may be small in number but a good term is what we have.

We have booked to go to the Panto this year for our christmas outing.

I'm starting to look at my going away scheme too.

I've added some photo's from the girls cooking badge. 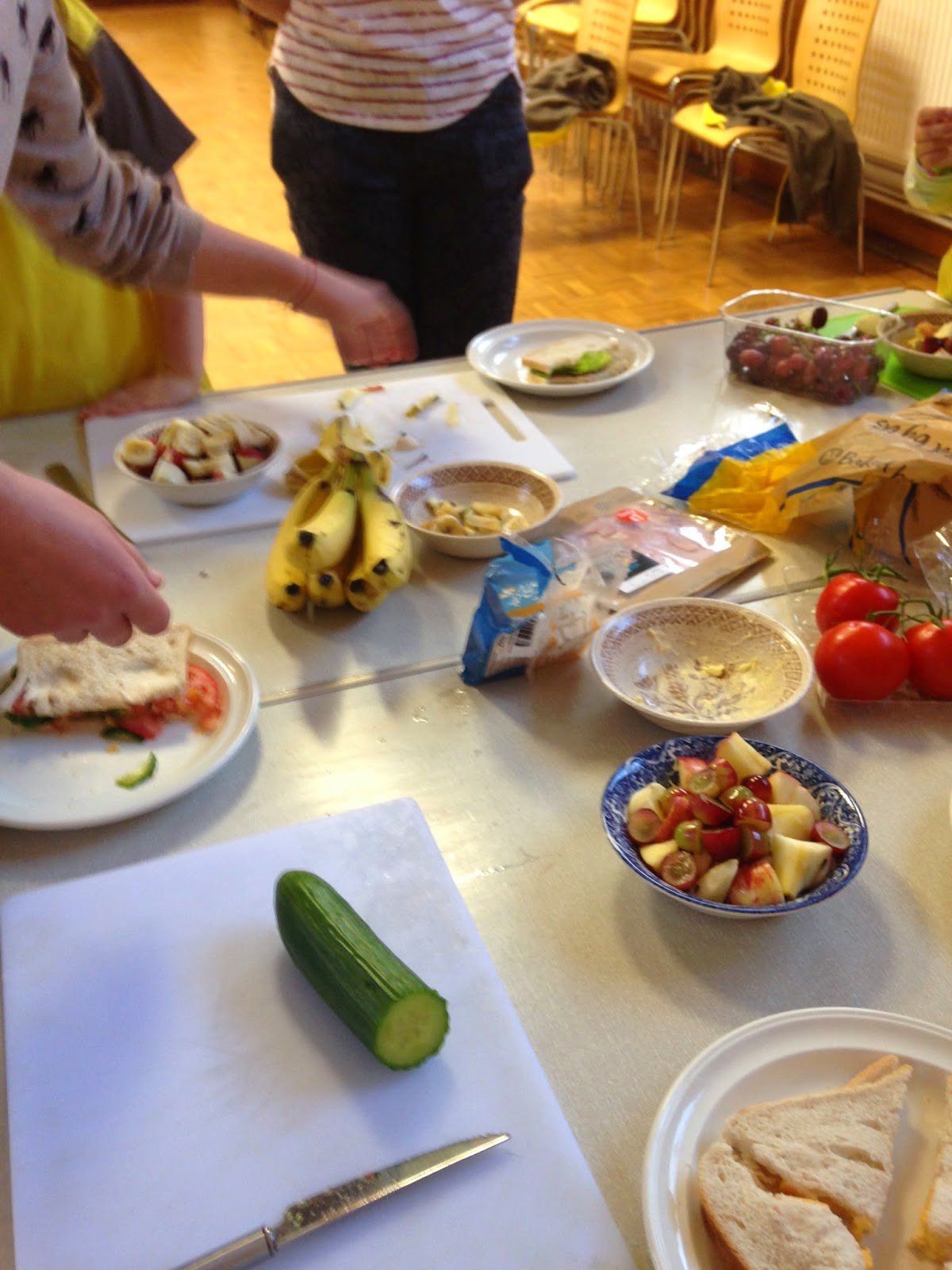 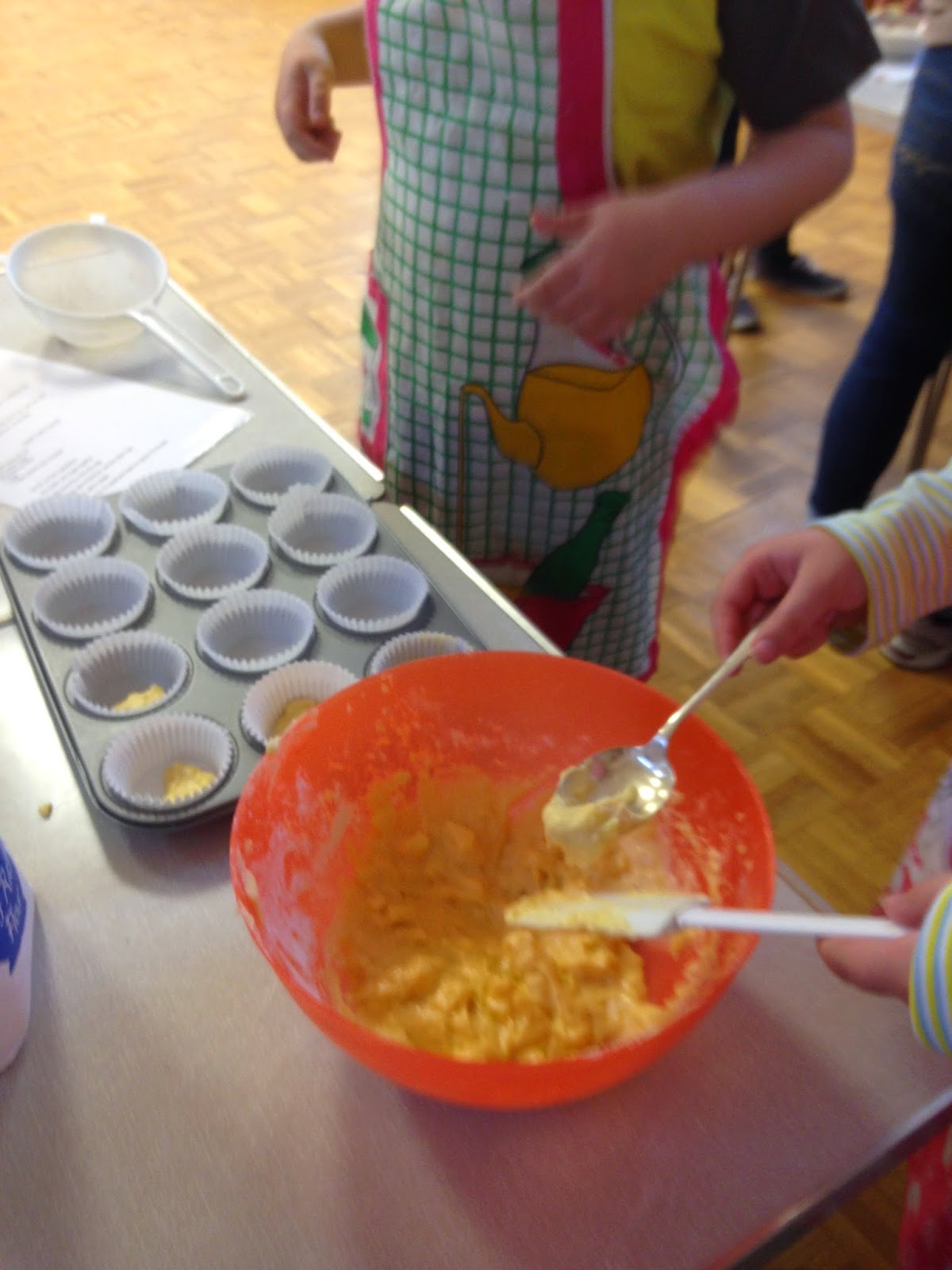 The Last Few Weeks of Term

We didn't have brownies one week as my daughter's show was that night.  Tawny Owl was away with work.  Little Owl was still travelling and a few of the brownies had school shows too.

The following week, we made pizza's on baguettes and then did some loom banding and let the girls play before eating the pizzas.  We did have one brownie who kept eating all the ingredients and forgot about her pizza.

The following week we had a Tea Party.  We play some games, then had juice, jelly, cakes and sandwiches.  Then some singing before saying goodbye to one Brownie who has relocated down south.

It was a beautiful evening and such a lovely end to our year.

Roll on August when we all return.

5 of the brownies took up an offer of a sleepover at Deep Sea World.

The district we're in all arrived on time but the others coming on the bus got a bit held up.

We played some games to kill the time, then we split into groups that Deep Sea World had put us into before we went on the workshops.  We were in the crabs, we had a waterpool handling session, then a tour in the tunnel meeting the sharks before a snake meet and greet and then a craft.

We then sang happy birthday to us, before having cake, popcorn and hot chocolate with some fruit.

Then it was PJ time, brush teeth and then in our units down to the tunnel.

The tunnel took about an hour to get everyone rolled out and settled then, it took the girls a bit of time to get comfy.  Most were asleep by 1am.

We did have a brownie go sleep walking.  2 who thought they could tell tales on their brown owl not realising she was standing behind them.

It was good to share tales with other guiders about other pack holidays and camps and we took some photo's of some sleeping guiders with me photobombing them.

All in all I had about 2.5 hours sleep before waking.

In the morning it was pack up, in to uniforms, have breakfast of cereal and bacon rolls, then a chance to shop in the gift shop.  Then it was time to go home with our party bags.

A brilliant experience which I am glad our brownies were able to experience.  And so many thank you's from the girls and the parents.  Those 2 words mean a lot to guiders.
Posted by Louise at 07:04 No comments:

We did a surprise for later in June.  Unfortunately one of the surprises didn't quite work out but as I had bought loom bands, they helped with filling out the night, infact I think 99% of the brownies would have much preferred to have done them all night.
Posted by Louise at 06:53 No comments: